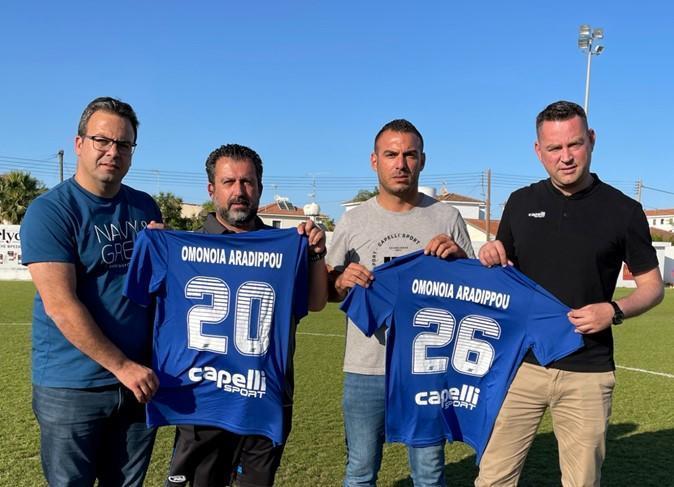 Capelli Sport is pleased to announce that it has gained Omonoia Aradippou as another partner in European soccer. The club from Aradippou, Cyprus and Capelli Sport initially agreed on a four-year partnership. The company, which has its roots in New York, thus further expands its presence in Europe.

The partnership between Capelli Sport and Omonoia Aradippou includes the playing and training clothing of the first men’s team and all of the club’s youth teams.

Ever since its founding in 1929, Omonoia Aradippou has cultivated a long tradition and been promoted to the first Cypriot league several times. The traditional club attracts up to 2,000 people in match days to its home games, which are played in Aradippou Municipal Stadium.

“We are delighted to begin this partnership with Omonoia Aradippou, a club that is equally rich in tradition and pride. This new relationship further expands our commitment to European soccer. We are confident that both partners will benefit from this promising alliance. Omonoia Aradippou and Capelli Sport uphold the same values. We are very happy to have signed this new agreement and we are looking forward to the coming years.”

“We at Omonoia Aradippou are very pleased to be the first Cypriot club who announces its collaboration with the prestigious Capelli Sport brand in the season 2022/23. Mutual trust has steadily been built since the start of our communication and we are very happy that Capelli Sport has found Omonoia Aradippou Football Club as its partner in Cyprus. Capelli stands for a modern style and high quality. We are looking forward to this cooperation and we hope it will continue beyond this initial four-year contract.” 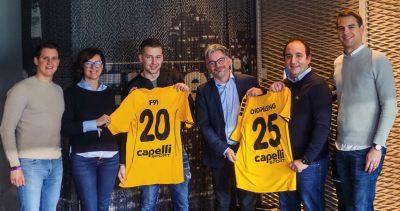